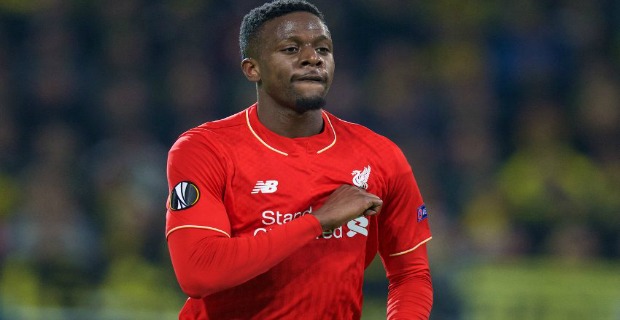 Belgium’s Euro 2016 preparations have been boosted by the news Liverpool striker Divock Origi does not require an operation on an ankle injury he suffered a week ago.

The 21-year-old’s hopes of featuring for his country in France this summer looked to be dashed when he was stretchered off during his club side’s 4-0 Merseyside derby win against Everton at Anfield on April 20.

A scan revealed that Origi had suffered ligament damage and no fracture after being on the end of a nasty tackle from Ramiro Funes Mori, which earned the Toffees’ Argentinian defender a straight red card at the time.

Just over a week on from the incident and reports emanating from Belgium claim it has been decided that Origi, who has been in fine form for Jurgen Klopp’s side this term with 11 goals in 33 appearances in all competitions before being injured, will not require surgery.

As a result he should be able to return to action in three to four weeks, which will probably see him miss the remaining four games of the Premier League campaign.

However Origi could be involved in the Europa League final in Basel on May 18 if Liverpool can overcome Villarreal in their two-legged semi-final, while he is expected to be fit by the end of May.

The European Championships get under way in France on June 10 with Belgium’s opening game against Italy on June 13. Marc Wilmots’ side are 2.30 to win the game, while the Azzurri are 2.88 and the draw is 3.10.