Breen talks up importance of Euro momentum for Ireland 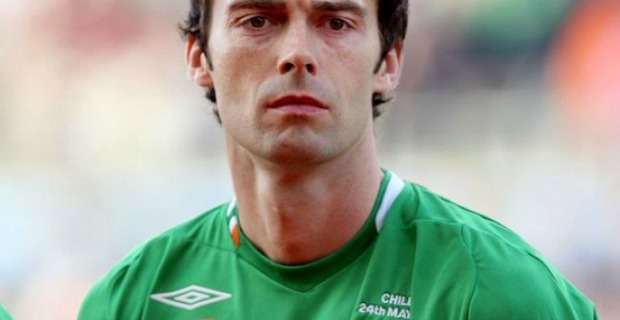 Former Republic of Ireland defender Gary Breen has pinpointed next month’s Euro 2016 opener against Sweden as the key game in the tournament for Martin O’Neill’s squad.

Ireland Sweden meet in Paris on June 13 in their Group E opener and Breen, who played and scored in the 2002 World Cup under Mick McCarthy, says it is vital that Ireland get some positivity from that game.

Matt Holland scored a crucial leveller as the Irish came back from a goal down to draw with Cameroon in their World Cup opener 14 years ago and, according to Breen, momentum is vital at a major tournament.

“It’s a tough group, but I think the first game is massive because it sets the tone,” he said. “I’m sure the Swedes are the same – they know how important it is.

“We need to start well. If you get a positive result early on, your confidence will no doubt lift. Then it’s up to you. It’s all about momentum in these tournaments.”

After Sweden, O’Neill’s men will face Belgium and finally Italy as they bid to erase the painful memories of four years ago in Poland and Ukraine.

Then, Giovanni Trapattoni’s side were defeated 3-1 by Croatia in their opening game and went on to lose 4-0 and 2-0 to eventual winners Spain and runners-up Italy.

Breen feels that if O’Neill can create the right spirit with the camp travelling to France, Ireland are capable of leaving their mark on the finals.

“When he picks his final squad, he has got to find the right chemistry in terms of who if going to play where, who is going to complement one another, who can cover certain scenarios if there are injuries,” he added. “If we get a good start, you just don’t know.”

Republic of Ireland are 2.88 to win their opening game against Sweden, who are 2.30 to start with victory. O’Neill’s men are 2.20 to make the knockout stages of Euro 2016.


Breen talks up importance of Euro momentum for Ireland


Breen talks up importance of Euro momentum for Ireland