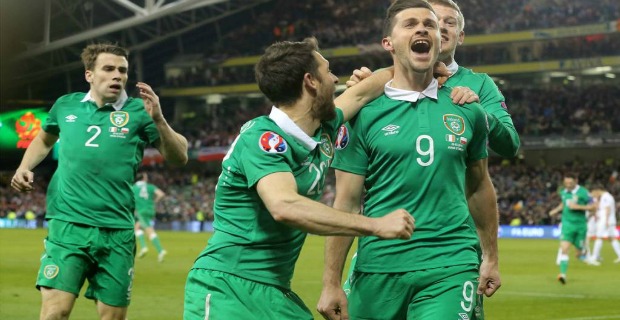 Republic of Ireland manager Martin O’Neill will be fully aware that his team’s opening Group E encounter with Sweden could ultimately decide their Euro 2016 fate.

The Irish produced a stirring finale to their qualifying campaign late last year, defeating world champions Germany en route to setting up a play-off win over Bosnia & Herzegovina.
Their reward was a tough section that will see them face the Swedes along with Belgium and Italy in France this June.

O’Neill has made no secret of the fact that it is big ask for his team to emerge into the knock-out phase of the tournament.
Arguably, not as tough as the scenario that confronted Giovanni Trapattoni and his Irish squad four years ago in Poland and Ukraine.

Then, the Republic opened against Croatia before facing then world champions Spain and the Italians in their final game.

With just two teams qualifying for the knockout stages, Trapattoni and Ireland needed a positive start but they lost 3-1 to Croatia and would come home pointless from a major tournament for the first time in five appearances.

Facing Sweden in Paris on June 11 represents another high stakes opener for Ireland. While there is now room for a third team to emerge from the group in the expanded format, Ireland and Sweden are the outsiders to qualify.

The Republic of Ireland are 2.20 to qualify from Group E, while Sweden are 1.67 to make the last-16. Both nations will feel a positive start is vital to their chances of progression.

In facing Erik Hamren’s side, Ireland will have to be wary of talisman Zlatan Ibrahimovic as the primary threat. Like the Irish, Sweden needed the play-offs to book their place.

This side is perhaps not as talented or technically gifted as the Croatian outfit Ireland met in Poznan four years ago.

O’Neill’s squad has also shown by taking four points from six available against Germany during qualifying that they should not be underestimated on the big occasion.

While they have been dealt another tough assignment, Ireland may feel there is more chance they will make, rather than break, in their Paris opener against Sweden.