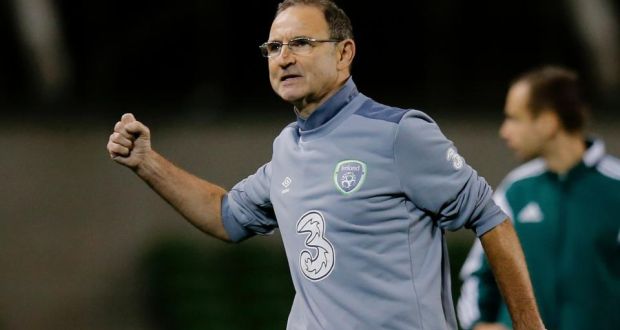 Michael O’Neill says Jamie Ward will be vital to Northern Ireland at Euro 2016 this summer, even if he doesn’t play any football before the end of the domestic season.

The Nottingham Forest man is sidelined with a hamstring problem currently and his international manager admits he would prefer to see Ward given as much time as possible to recover.

Forest have just two Championship games remaining in their season and, with their play-off hopes long gone, Ward will have a month to build himself up for the Euros.

O’Neill has pinpointed the 29-year-old winger as a key component for his team ahead of their first major tournament appearance in 30 years.

“He’s not going to be a risk though I don’t think he will play too much between now and the end of the season, if at all,” O’Neill told the Belfast Telegraph.

“The energy he gives us either out wide or through the middle is great. He is massive for us and we certainly miss him when he is not fit.

It is very important for us that he gets back fit and is ready for the finals.” Ward featured in six of Northern Ireland’s 10 qualifying games, scoring once as O’Neill’s side topped their section ahead of Romania and Hungary.

In their first major tournament since the 1986 World Cup in Mexico, Northern Ireland have been dealt a tough group that includes world champions Germany, Poland and Ukraine.

They begin their Group C campaign on June 12 against Poland in Nice. Northern Ireland are 1.28 to be eliminated at the group stage of Euro 2016 while they are 3.50 to advance into the knock-out stage.