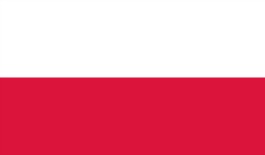 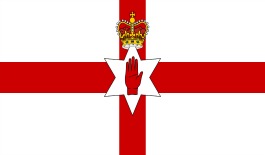 The eco-friendly arena in Nice is perhaps the pride of French football and a lasting landmark for Euro 2016. Building began in 2011 and was completed at the site located in Saint-Isidore near the Var river by September 2013.

The stadium is located just 6km from the city’s airport and within a 15-minute drive of the city centre. It is the sixth biggest stadium in France and easily one of the most impressive.

The Stade de Nice is self-sufficient in its own way. Energy requirements in excess of what the stadium requires are taken from more than 4,000 solar panels, while it also boasts its own geothermal installation for heating.

Rain water from the stadium roof is stored into four collection reservoirs and used for watering the playing surface.

Nice, the capital of the French Riviera, will host four games at Euro 2016, including a last-16 clash on June 27.

Sights to see:
Nice is renowned for its warm climate and spectacular setting between the Mediterranean Sea and the mountains high above, enough to make it France’s second most popular tourist destination behind only Paris.

The Chateau de Nice ruins are located amid picturesque gardens, staring out across the city. The walk that leads up to the ruins is ranked as one of the most beautiful in France.

A visit to the Old Town with its wide array of cafés, bars and restaurants is not complete without a walk on the Promenade des Anglais, which also boasts a popular cycle trek.

In the city centre, the Albert I garden is the focal point of a stunning green area while, for shoppers, the Avenue Jean-Medecin is the Mecca in central Nice.

Famous Events:
Visiting Nice for Euro 2016 will also allow fans to lap up some of the history of French football at the Musée National du Sport (National Sport Museum). The museum moved to the Côte d’Azur from Paris in 2014. Nearly half a million artefacts charting the history of French football and comprising one of the largest collections in the world are now on show in the venue.

A chance to see this outstanding, eco-friendly venue close up and away from the hustle and bustle of matchday is not to be missed.

Memorable Match:
Amid a party atmosphere on September 22, 2013, OGC Nice gave their new stadium a fitting baptism with a 4-0 Ligue 1 win against Valenciennes FC.

A stunning pyrotechnic display ahead of the match thrilled a packed crowd which had arrived at the venue several hours before kick-off.

On the pitch, Nice did not disappoint. Dario Cvitanich had got the ball rolling with a penalty just after the half-hour mark. Eric Bautheac doubled his side’s lead just before the break while Christian Bruls and Alexey Bosetti gave the hosts’ new venue a wonderful start to life with second-half strikes.

Group Stage Standout:
Poland v Northern Ireland
Northern Ireland have waited 30 years to return to major tournament action and there promises to be quite an atmosphere when Michael O’Neill and his green army descend on Nice for their opening game against Poland on June 12.

Polish striker Robert Lewandowski scored more goals than any other player during qualifying and so the Northern Irish will need to pay special attention to the Bayern Munich man.