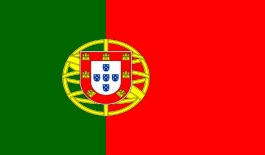 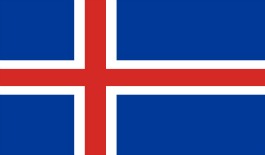 Saint-Etienne’s Stade Geoffroy Guichard has long been hailed for its atmosphere, earning it the affectionate moniker, Le Chaudron (the Cauldron).

Opened in 1931, the stadium, which was built on old mine tunnels, was troubled by fumes emanating from the steel factory situated next door.

The stadium, which is situated to the north of the city centre, has been used at the 1984 European Championship, the 1998 World Cup and the 2007 Rugby World Cup – each of which brought with it some upgrading work.

Ahead of Euro 2016, further work has gone into Stade Geoffroy Guichard to ensure it is more eco-friendly alongside its increased capacity.

Saint-Etienne will be host city for four matches at Euro 2016, including England’s final Group B game against Slovakia on June 20.

Sights to see:
With the stadium having been built on old mine tunnels, the Couriot Pit Mining Museum Park is one of the city’s leading attractions, offering visitors a chance to explore reconstructed mine workings and the former pithead buildings.

Departing from Saint-Victor-sur-Loire, 13km west of Saint-Etienne, the cruise boat Le Grangent offers stunning views and scenery along the Loire.

For nightlife, the Rue des Martyrs de Vingre will be popular amongst Euro 2016 visitors, with its choice of bars and restaurants.

To get in the mood for the big games, Étivallière Sports Park boasts a dedicated Soccer 5 complex for fans to try out their own skills.

Famous Events:
Saint-Etienne is a regular host of the Tour de France and was a stage town for the 25th time in July 2014, ensuring it ranks behind only Pau and Alpe d’Huez on the all-time list of stage venues for the Tour.

Aime Jacquet – the man who managed France to their only World Cup Final victory in 1998 – is a former captain of AS Saint-Etienne, who are known affectionately as ‘the Greens’.

Michel Platini helped Saint-Etienne win their record 10th – and most recent – Ligue 1 title in 1981 before moving to Juventus a year later.

Beckham became the villain of the piece as England eventually crashed out on penalties following a 2-2 draw. David Batty and Paul Ince missed from the spot for the Three Lions on a night when teenager Michael Owen also scored one of England’s most memorable World Cup goals.

Group Stage Standout:
Slovakia v England
Returning to Saint-Etienne 18 years on from their painful loss to Argentina will provoke plenty of memories for England fans.

Knocked out of the World Cup in Brazil two summers ago at the group stage, Roy Hodgson will be hoping to cement a strong qualification for the last-16 by defeating Slovakia on June 20 and banishing the ghosts of this venue.