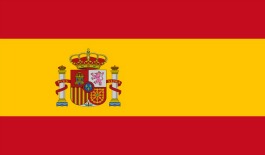 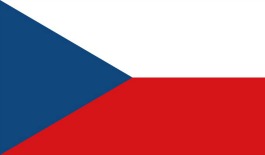 The Czech Republic have enjoyed a strong run of form at European Championship Finals. After reaching the final in England in 1996, they have appeared at all four tournaments since, twice qualifying for the latter stages.

Under the guidance of Pavel Vrba, the Czech Republic made strong qualifying progress out of a group that would eventually produce three Euro 2016 finalists while the Netherlands could only manage fourth place.

There will be a familiar feel to Group D for both the Czechs and Turkey as they also clashed in qualifying.

With the added presence of two-time defending champions Spain and dangerous opponents Croatia, Vrba will certainly feel his team could have been handed an easier draw in France.

For Vrba and the Czechs, the work done right at the start of their qualifying campaign laid the foundation for Euro 2016 qualification.

They dealt a sucker blow to the Netherlands with a stoppage-time winner from Vaclav Pilar in Prague in their opener, a game in which captain Petr Cech was outstanding in goal.

Despite falling behind against Turkey in Istanbul, goals from Tomas Sivok and Borek Dockal earned another vital win.

Having banked another three points against Kazakhstan, Iceland were then defeated in a 2-1 come-from-behind success in Prague.

Dropped points against Latvia and defeat to Iceland in the return ensured momentum was halted, but the Czechs had already done the hard work.

Hertha Berlin midfielder Vladimir Darida scored his first international goal in a 2-1 win over Latvia in Riga that ensured Vrba’s side were home and hosed with two games to play.

This Czech Republic squad is nothing if not battled hardened. Six of their seven wins in qualifying came by one-goal margins. Five of those victories came with a 2-1 scoreline and in no fewer than three of those games, the Czechs came from behind to win.

Those resolute qualities are almost certain to be tested in Toulouse on June 13 when they kick off in Euro 2016 against Spain. Four days later they face a slick Croatian outfit in Saint-Etienne before renewing their rivalry with Turkey in Lens on June 21 in the group finale.

In a group where the protagonists appear closely matched, the Czech Republic’s well-advertised ability to come out best in tight games cannot be underestimated.

In goal, Cech has shown at Arsenal this season he retains his position as one of the world’s best.

Ahead of him, Vrba’s squad is perhaps lacking the star quality of days gone by but there is a willingness to work for the common goal that makes this team dangerous.

Centre-back Vaclav Prochazka was something of a late bloomer at international level but the 31-year-old Viktoria Plzen man, along with Hoffenheim full-back Pavel Kaderabek, was almost indispensable in qualifying.

Sparta Prague midfielder Dockal found the net four times in qualifying and plays a key role alongside clubmate Ladislav Krejci and 25-year-old Darida in the middle.

At 35, Tomas Rosicky is called upon less often these days while another veteran, David Lafata, as well as Tomas Necid, compete for places up top.

Hard work and the ability to win games on fine margins are traits Vrba will hope continue to serve his team well in France.