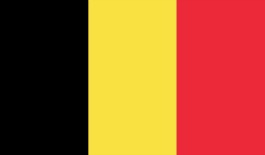 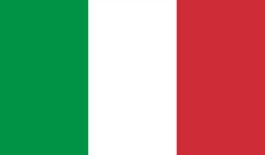 An unbeaten record in qualifying would suggest that Antonio Conte and Italy are heading to France as strong contenders for Euro 2016 having been denied by Spain in the final four years ago.

However, the bare stats mask what was essentially a hard slog for the Azzurri on their journey to France.

Conte’s side are well organised defensively – as we come to expect from Italy – but they also have their struggles in front of goal.

A 2-0 win in Norway to begin their campaign belied the hard work that Italy would have to endure on their way to topping their group.

Juventus centre-back Giorgio Chiellini scored all three goals in a nervy 2-1 victory against Azerbaijan while Southampton’s Graziano Pelle marked his international debut with the only goal in Malta.

The same player would prove to be the difference in a narrow home success against the same lowly opposition.

At the San Siro, Antonio Candreva’s early strike could not stop Croatia leaving with a point, a game in which the home side were forced to defend stoutly for long spells.

Lazio midfielder Candreva also scored from the penalty spot in a 1-1 draw in Split in the reverse fixture.

Unbeaten in qualifying they may have been, but Conte’s Italy were far from impressive.

What Italy did prove in qualifying is that they remain steadfastly hard to beat. More than any other nation, the Italians are capable of making stubborn progress in major tournaments.

Conte has built what he believes to be a solid platform and he is unlikely to deviate from it come June.

Gianluigi Buffon may be into his 39th year but the Juventus goalkeeper maintains his high standards.

The Juve theme continues with Chiellini and Leonardo Bonucci at the heart of a defence also set to include Matteo Darmian and AC Milan’s Mattia De Sciglio.

Just seven goals were shipped in qualifying but the worry for Conte will be that after a shutout in Norway in their first game, the only clean sheets his side kept were home and away against Malta and at home to Bulgaria.

His team are not averse to conceding goals – something that could haunt them given they only netted 16 times in 10 qualifying games.
Italy are unlikely to set up for expansive attacking football at Euro 2016.

Italy inadvertently got a pre-taste of what is in store come June when they were beaten by Belgium 3-1 in a friendly in November before the Finals draw.

The teams will meet again on June 13 in Lyon in their Euro 2016 opener.

Italy then move on to face Sweden in Toulouse four days later before ending their campaign – as they did four years ago in Poland – against the Republic of Ireland in Lille on June 22.

Italy’s lack of goals is typified by the fact Pelle’s three-goal haul made him top scorer in qualifying.

Perhaps a sign of the times for the Azzurri, Pelle was into this 30th year when he made his goalscoring debut in Malta.

Another tell-tale sign was in Conte’s somewhat controversial decision to turn to Brazilian-born Eder for help. The 29-year-old has netted twice in his eight appearances for Italy.

Twice finalists in the last four European Championships, it is hard to envisage this Italian squad scaling those heights in France, but they could still prove a tough nut to crack.