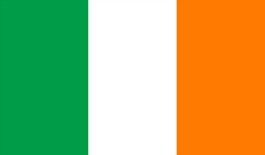 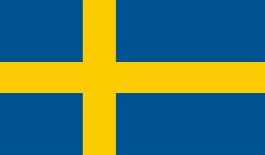 The Republic of Ireland looked to be unlikely participants in Euro 2016 at the halfway point in their qualifying campaign.

A point away to world champions Germany was a high point, but defeat to Scotland in Glasgow coupled with dropped points at home to Poland meant the Irish were coming off fourth best in the quest for the top three places.

John O’Shea had scored a dramatic late goal to earn a point against the Germans in Gelsenkirchen while Shane Long repeated the trick at home to Poland. There was no questioning the fighting spirit Martin O’Neill had generated within his camp.

Their key encounter looked to be the visit of Scotland to Dublin last June and, despite Jonathan Walters putting Ireland ahead, O’Shea’s own goal sent the visitors home with a precious point.

Seemingly destined to fail, Ireland soldiered on to victories over Gibraltar and Georgia before Long scored the only goal in a remarkable home victory over Germany.

That result, aided by Scotland’s earlier defeat in Georgia, allowed the Irish to move into the playoffs.

A 1-1 draw against Bosnia & Herzegovina away gave O’Neill a platform to seal qualification and his team made no mistake as Walters netted a brace in Dublin to secure passage to France.

Befitting of O’Neill’s managerial style, his Republic of Ireland team are hard working, enthusiastic and seemingly capable of punching above their collective weight.

Vital late goals in qualifying against Georgia, Germany and Poland, as well as in Bosnia in the playoffs, are testament to their refusal to give in.

A haul of four points from six available against Germany strongly suggests the Irish are capable of jousting successfully with technically superior opponents.

At the core of the Ireland set-up sits a group of hard-working established pros in O’Shea, Richard Keogh, Glenn Whelan and James McCarthy.

Everton’s Seamus Coleman brings a touch of class while Robbie Brady was instrumental late in the qualifying campaign.

Aiden McGeady is a trusted lieutenant for O’Neill and also weighed in at vital times during the campaign.

Walters’ contribution to the playoff success against Bosnia will ensure the Stoke City man goes to France as a talisman for this Irish squad, particularly as his work rate and ability to poach goals could be invaluable.

Of equal encouragement is the club form of Long at Southampton. The striker has struggled to get a concerted run in the Irish team but, with captain Robbie Keane now 35, centre stage is clearing.

Long remains adept at ploughing a lone furrow up front and O’Neill may now deploy him in that role with Walters as support.

For Ireland, the chance to mend the pain of Euro 2012 cannot come quick enough. Giovanni Trapattoni’s team bowed out with three defeats and a whimper in Poland four years ago.

The opening game for Republic of Ireland pits them against Sweden in Paris on June 13 – both nations will feel their tournament lives hinge on that crucial beginning.

O’Neill’s side then head for Bordeaux to face Belgium on June 18 before concluding their Group E journey four days later against Italy in Lille.

The Azzurri were also in opposition four years ago as Ireland left Euro 2012 pointless, and the current generation will hope that under O’Neill they can land a decisive blow this time around.