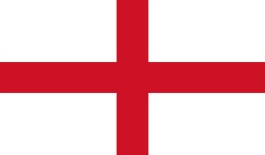 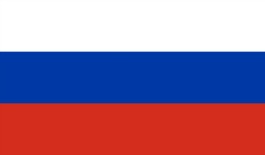 When Leonid Slutsky was appointed Russian boss last August, their Euro 2016 hopes appeared to be in grave danger.

Defeat to eventual group winners Austria in Moscow last June was the final straw as Capello and Russia quickly went their separate ways.

This meant Slutsky had four games in which to save the campaign, beginning against Sweden in September where Artem Dzyuba scored the only goal to grant his team a lifeline.

It was a reprieve they were not going to waste. Dzyuba scored four in a 7-0 thrashing of Liechtenstein before wins away to Moldova and at home to Montenegro earned Slutsky and Russia the runner-up spot behind runaway group winners Austria.

Zenit St Petersburg forward Dzyuba has quickly become the standard-bearer for Slutsky’s Russia, finishing the qualifying campaign as top scorer with eight goals and seemingly rubber stamping his place at the finals in France where he is likely to partner his now club mate Aleksandr Kokorin in attack.

Slutsky has turned things around rapidly for this Russian squad. The spirit generated in winning their final four games when their backs were firmly against the wall will be a huge plus point for the manager.

The vast majority of the squad play their football in the Russian league, with Valencia winger Denis Cheryshev a noted exception.

The players have been fulsome in their praise of the job done by Slutsky at such short notice. He appears to have united a dressing room that was fractured under Capello before him.

Having reached the last-four as recently as Euro 2008, their Group B opponents will be loathed to underestimate the Russian threat. Despite their strong run eight years ago though, Russia are not the owners of a particularly strong record in this tournament, having failed to emerge from the group stage in three of their previous four attempts.

England are first up in Marseille on June 11 before a meeting with Slovakia in Lille on June 15. Toulouse will be the venue for their final act in Group B when they meet Wales on June 20.

A large chunk of Slutsky’s squad will be familiar faces to him. In accepting the rescue mission last August, he did so while maintaining his role as boss of CSKA Moscow.

Close to a third of his squad in France could hail from his club team. Assuming he can successfully harness those from outside that inner circle, this should be a major plus factor.

Veteran captain Roman Shirokov is one such player and, even at 34, he seems a safe bet to start if fit. Shirokov featured in three of Capello’s six games in qualifying, but he started all four under Slutsky’s watch.

Fellow midfielder Alan Dzagoev and defender Vasili Berezutski are other CSKA stalwarts that ought to figure when Russia run out against England along with 36-year-old central defender and record cap-holder Sergei Ignashevich.

The worry for Russia is that with Berezutski, Ignashevich and Shirokov all well into their 30s, they could be overrun at times.

Getting goals from midfield has also been a problem in qualifying and Slutsky will be pinning his hopes on Dzagoev in that regard.