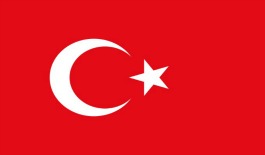 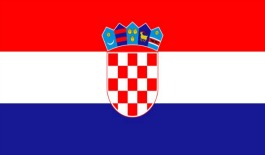 Turkey’s ticket to France this summer was testament to their fighting spirit and a refusal to give in despite a situation seemingly destined for failure.

Taking charge of the national team for the third time in his career, Fatih Terim’s hopes of leading Turkey to their fourth European Championship Finals appeared to have been shattered when they collected just nine points from their opening seven qualifying games.

Their only victories in that run came home and away against Kazakhstan and it seemed Turkey would miss out, as they did at Euro 2012.

A late equaliser from the visitors in their home clash with Latvia should have been the death knell for Turkey’s hopes but instead it inspired a remarkable surge where they won their final three games against the best teams in their group without conceding a goal.

Just three days after the draw with Latvia, the Turks lit up their Euro 2016 qualifying campaign with a 3-0 win over the Netherlands. Goals from Oguzhan Ozyakup, Arda Turan and Burak Yılmaz stunned the visitors and gave Turkey real hope.

Eventual group winners Czech Republic were then beaten by second-half goals from Selcuk Inan and Hakan Calhanoglu in Prague, meaning Turkey still had an outside chance of automatic qualification.

In their final game at home to already qualified Iceland, Galatasaray midfielder Inan curled home a free-kick with a minute to go to give Turkey three points and, with it, an automatic qualification spot as the best third-placed team.

It was a stunning turnaround in fortune for the Turks and one that had its roots in defensive resolve. They were breached on just one occasion over their final five games in qualifying.

The defensive line was by no means settled but, in starting the final three games, the trio of Sener Ozbayraklı, Hakan Balta and Serdar Aziz will be hoping to have done enough to convince Terim of their merits in the side come June.

Facing the Czech Republic will stir happy memories for Turkey, and not just from their remarkable qualifying turnaround.

Eight years ago in Geneva, current captain Turan scored the first of three goals in the final 15 minutes as Turkey stunned the Czechs to win 3-2 and eliminate their more fancied opponents from Euro 2008.

They will once more meet in the final group game this summer, this time in Lens on June 21.

Before that, Turkey begin their Group D campaign against Croatia in the Parc des Princes on June 12 before facing reigning champions Spain five days later in Nice.

Now at Barcelona, Turan is a key man for this Turkish side. Alongside him in the middle is Inan, another vastly experienced player who scored three times in qualifying.

Bayer Leverkusen winger Calhanoglu is a growing influence in this side at 22 and could be one to watch in France.

The same is true of Fenerbahce youngster Ozan Tufan while his clubmate Mehmet Topal is a regular under Terim.

Striker Burak Yılmaz scored four goals in six appearances during qualifying and, despite moving to China, he will be hoping to lead the line in France.