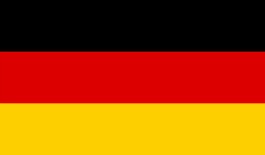 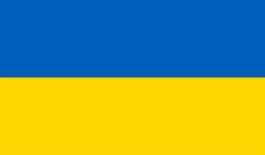 Opened in 2012, Stade Pierre Mauroy is situated 6km south-east of Lille city centre in the suburb of Villeneuve d’Ascq, and boasts a fully retractable roof.

One half of the playing surface can be raised above the other for use at concerts and other sporting events.

The new construction more than doubled the capacity of Lille’s home ground compared with their former residence at Stade Grimonprez-Jooris.

The new stadium got its first foray into the international sporting arena when the French rugby team faced Argentina in November 2012.

Lille will play host to six Euro 2016 games in total, including the tournament bow from reigning world champions Germany against Ukraine on June 12.

Sights to see:
Standing as it does on the Belgian border, Lille is the gateway from France to the Low Countries of Europe. It is a cosmopolitan city with strong Flemish roots and the capital of the Nord-Pas-de-Calais-Picardie region.

The Palais des Beaux-Arts plays home to one of France’s most impressive fine art collections, with more than 12,000 square metres of exhibition space.

In the Old Town, the Hospice Comtesse, a former hospice, contains a portrayal of life from the Middle Ages to the French Revolution and counts ceramics, paintings and furniture among its impressive collections.

The city is a monument to history and there is also the Canonniers Museum, documenting the military history of Lille, and Lille Natural History Museum.

On Rue Princesse is the birthplace of Charles de Gaulle, marked also with a museum documenting his life and works.

Famous Events:
In 2014, the stadium hosted the Davis Cup Tennis Final between France and Switzerland, where Gael Monfils would stun Roger Federer with a straight sets win to give the home team dreams of victory.
Federer bounced back to win his doubles match with Stan Wawrinka and a straight sets win against Richard Gasquet ended the French resistance.

In July 2013, Rihanna brought her show-stopping Diamonds World Tour to Lille and she will return once more after Euro 2016 this summer.

Memorable Match:
In May 2011, LOSC Lille completed an historic French league and cup double. Manager Rudi Garcia led his team to glory, defeating Paris St Germain 3-1 in the cup final before, a week later, securing a 2-2 draw on home soil against the same opposition to claim a first Ligue 1 triumph since 1954.

Winger Ludovic Obraniak and Moussa Sow scored the Lille goals as they held off Marseille to land the double, with Garcia heralding their achievement and stating that he and his players would be friends for life on the back of it.

Group Stage Standout:
Germany v Ukraine
Lille’s first match of six at Euro 2016 will see the world champions Germany start their campaign against Ukraine. The likes of France and Spain have followed up World Cup victory by winning the European Championship in recent times, can Joachim Low inspire Germany to do likewise?