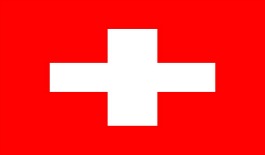 The Romanians ought to prove stubborn opposition for their Group A opponents as they return for what will be their fifth European Championship Finals appearance.

Veteran manager Anghel Iordanescu came out of retirement two years ago to take charge of his country for a third time. He was also in charge of Romania at Euro ’96 in England where his team failed to collect a single point.

In a remarkable quirk of fate, Iordanescu will lead Romania out on June 10 in the Stade de France for their opening game against the host nation 20 years to the day after France beat Romania 1-0 at St James’ Park, Newcastle, in their Euro ’96 opener.

Romania will remain in Paris to face Switzerland at the Parc des Princes on June 15 and they will end their Group A campaign in Lyon against Albania on June 19.

From what we saw of Iordanescu’s team in qualifying, it seems safe to assume their games will be competitive and goals will be at a premium.

Just 13 goals were scored in Romania’s 10 qualifiers as they finished second to Northern Ireland. Romania were undefeated throughout, winning five and drawing five.

They were especially mean at the back as their defence was breached just twice in ten games, a record that is no doubt a source of immense pride for Fiorentina goalkeeper Ciprian Tatarusanu, who played in nine of their qualifying games.

Skipper Razvan Rat may be getting on at 34, but the experienced defender is likely to be a key component of the backline for Romania.

Napoli’s Vlad Chiriches and Dragos Grigore – who plays his club football in Qatar – were ever-present in what was the meanest defence in all of Europe during the qualifying tournament.

In midfield, experienced duo Ovidiu Hoban and Mihai Pintilii will see plenty of game time alongside Stuttgart’s Alexandru Maxim and Gabriel Torje, who is already fast-approaching 50 caps at just 25 years of age.

There are no superstars in this Romanian side and striker Bogdan Stancu will hope to lead the line in France. Fellow frontman Constantin Budescu lacks experience at international level but he did score a brace in the 3-0 win over the Faroe Islands that ensured Romania’s qualification.

Romania’s previous best at the Euro Finals came in 2000 when they stunned England and Germany to finish runners-up in Group A behind Portugal and seal passage into the last-eight where they were beaten by Italy.

Iordanescu would love to start the campaign by collecting something from France in the curtain raiser but their pivotal game could be against Switzerland in match two.

Given their strong defensive resolve, Romania will fancy their chances of a positive result in Paris on June 15 which would give them every chance of beating Albania and emerging from the group stage for the second time in their history.

Any team that falls behind against them is likely to face a stern task in breaking down this stubborn Romanian rearguard.