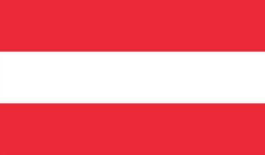 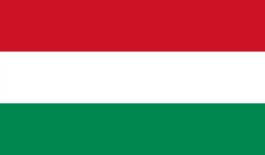 Austria are steadying themselves for just a second ever appearance at the European Championship Finals. Their one previous appearance came as co-hosts in 2008, when they exited at the group stage with two defeats in three games.

By actually earning their qualification this time around, you could say Austria did it the hard way, but their form meant it was quite the opposite.

Swiss born Marcel Koller has been in charge of Austria since 2011 and he led them to nine wins and a draw in qualifying as they cruised home with eight points to spare over group runners-up Russia.

A nine-game winning sequence after being denied in their opening game in Vienna by Sweden saw Austria cement qualifying success for the first time since they went to the 1998 World Cup, which was also in France.

Narrow 1-0 wins home and away against Russia were the vital stopping points on the road to Euro 2016.

Revenge on Sweden for denying them a perfect record was sweet. A 4-1 victory in Solna last September ensured Austria of their trip to France with plenty to spare.

Throughout their qualifying effort, Austria were able to call upon a settled core of players, pulled together mostly from decent levels in European football.

Unsurprisingly, a large percentage of the squad ply their trade in neighbouring Germany.

Bayern Munich’s David Alaba is the most high profile of these. Often deployed at full-back for his club, the 23-year-old is permitted a more attacking role with his country.
Alaba scored four times in eight appearances in qualifying and has the ability to hurt any opposition.

At the back, Stuttgart’s Florian Klein was ever-present along with Dynamo Kiev’s Aleksandar Dragovic and the captain, Leicester City’s Christian Fuchs.

Austria Vienna keeper Robert Almer is very much in the minority as the 31-year-old is now back playing in his native land. He picked the ball from his net just five times in 10 qualifiers, with six clean sheets to his credit.

Austria will feel that their Euro 2016 campaign is likely to hinge on the opening game with neighbours Hungary in Bordeaux on June 14.

Victory there would set Koller and his team up nicely to face Portugal at the Parc des Princes four days later before completing their Group F journey against Iceland in the Stade de France on June 22.

On the face of it, Austria have been dealt a fair chance with their group stage opposition. Koller’s team have enough attacking malice to worry Hungary and Iceland.

Alaba will pull the strings while Stoke’s Marko Arnautovic has shown himself to be a real handful in delivering surging runs into the penalty box at club level. He weighed in with three goals in qualifying.

With confidence in their ranks after a strong effort in qualifying, Austria have plenty of quality and could be a surprise package in France.