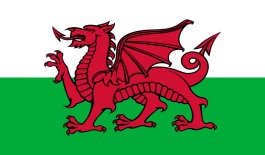 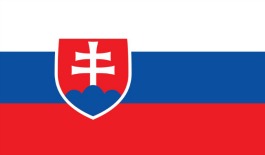 Defeat in Bosnia last October could not wipe the smile from the face of Wales manager Chris Coleman.

Israel’s defeat to Cyprus on the same night meant that Coleman would get the chance to become the first Welsh manager to lead the country in a major tournament finals in 58 years (notwithstanding the unique set-up of the 1976 European Championships).

It was a momentous achievement and one that Coleman and his squad will be eager to build upon come June.

That setback in Zenica was the only defeat that Wales suffered in 10 qualifying games. Coleman’s side built their success on hard work, resolute defending and the star qualities of the world’s most expensive footballer, Gareth Bale.

Wales conceded just four goals in those 10 games in what was a tricky group. Four points from six available against eventual table-toppers Belgium made all the difference, with Bale scoring the only goal of their two meetings as Wales earned three points in Cardiff.

Real Madrid’s Bale is the undoubted star of this Welsh side. He contributed no fewer than seven of Wales’ tally of 11 goals in their qualifying run.

Aside from that crucial strike against Belgium, Bale also netted decisive late winning goals in Andorra and Cyprus.

His presence in France will be of the utmost importance not just for Wales, but for their group stage opponents, who will know that taking their eye off the 26-year-old speed merchant, even for a split second, could be their undoing.

Bale deserves to be on this grand stage showcasing his talent and Wales will start by facing Slovakia in Bordeaux on June 11.

A potentially explosive encounter with neighbours England awaits in Lens five days later before Wales conclude against Russia in Toulouse on June 20.

Perhaps more than any other team, England will be fully aware of the damage that Bale can inflict if he is given an opportunity after he built his career at Tottenham Hotspur.

However, for Coleman and Wales, the trick is to show that this is no one-man band.

In midfield, Wales have talent that will be the envy of many teams at Euro 2016.

Arsenal’s Aaron Ramsey is, like Bale, a noted goal poacher capable of changing any game in an instant. The industrious Joe Ledley should figure while Liverpool’s Joe Allen is a neat and tidy passer of the ball.

Andy King was a prominent performer in qualifying and has shown up well at Leicester City this season when called upon in their surprise title challenge.

Bale will almost certainly be expected to shoulder the goalscoring burden once more at Euro 2016 as Coleman will likely utilise the hard working if unspectacular duo of Sam Vokes and Simon Church to lead the line. Most likely, this pair will alternate striking duties in France.

At the back, captain Ashley Williams typifies this team. The giant centre-back was ever-present in qualifying and his presence is essential in marshalling a strong defensive unit.

Chris Gunter looks to have made the right-back position his own while Williams’ Swansea teammate Neil Taylor and Ben Davies of Tottenham vie for a start on the opposite flank as Wayne Hennessey of Crystal Palace offers a solid last line of defence in goal.

Euro 2016 is a huge moment in the careers of these Welsh players and Coleman’s job is to ensure they embrace the challenge now they have got there. As long as Bale is fit and well, they can pose a danger to any opposition.