Fonte has no worries over ‘beast’ Ronaldo 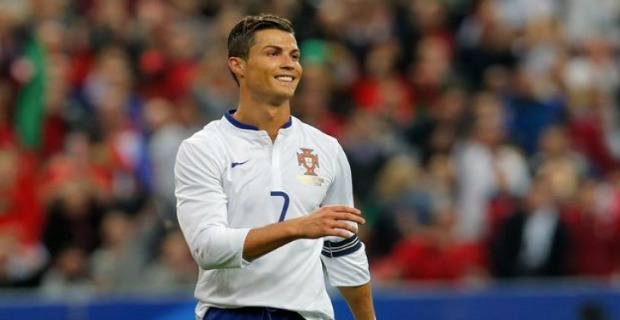 Portugal captain Cristiano Ronaldo is being tipped to have major impact on Euro 2016 by his team-mate Jose Fonte.

The Real Madrid superstar has been troubled in recent weeks by a hamstring problem and he was forced to sit out the midweek Champions League semi-final first leg against Manchester City as a result.

Central defender Fonte however describes Ronaldo as a ‘beast’ and says the 31-year-old will have no trouble in getting himself ready and raring to go come June.

“I have no worries about Ronaldo at the Euros, he is just a beast and he will be ready,” Fonte told Goal. “You see him train and it is just incredible, he’s so fit and the way he takes care of himself is so impressive.

Boss Fernando Santos could be forgiven for worrying about his talisman in the run-up to the European Championships. Ronaldo was troubled with injury leading into the World Cup in Brazil two summers ago and Portugal duly crashed out at the group stage.

This time around, they are expected to progress from Group F where they have been paired with Hungary, Austria and tournament debutants Iceland.

Southampton defender Fonte insists Ronaldo is a class above anyone else he has played with and is tipping him to leave his mark in France. “He is the best I’ve ever trained against.

I think he will have a great competition,” he added. Portugal are 2.00 to win Group F while they are 6.50 to be eliminated at the group stage.


Fonte has no worries over ‘beast’ Ronaldo


Fonte has no worries over ‘beast’ Ronaldo